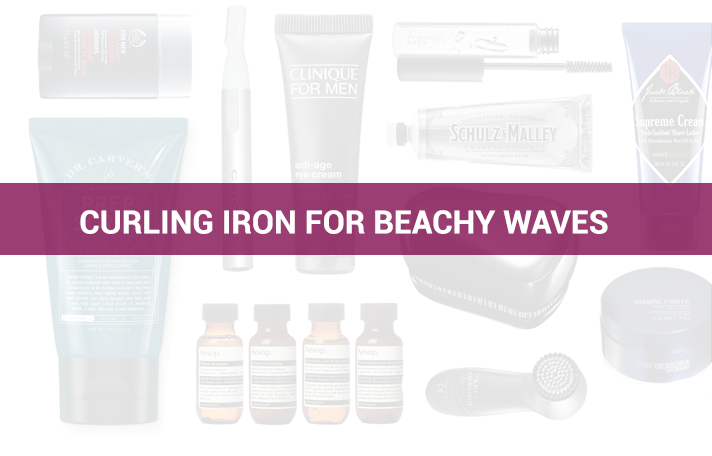 Beach waves have become one of the most popular hair styles of this decade! They aren’t relatively new in the sense that they were big in the 80’s however, all good trends tend to make a comeback and this one’s no different. Beachy waves are reminiscent of the effect that salty ocean water has on hair where it gives them some curly definition but in a loose and free kind of way.

What size curling iron should you buy for beachy waves

In order to mimic that at home, we have a ton of interesting products in order to get that perfect beach look in no time. Of course since these are curly waves, it makes sense that the suer might want to go for a curling wand.  That’s easy enough but then the question arises, what kind of curling wand and what size should be best for beachy waves?

To make things easier, we thought it best to divide the kinds of curling wands which are best for beach waves so that the user could decide which one they wanted to opt for. These are the three main sizes that we recommended and each brings a different style and definition to the idea of beach waves.

Starting off with a good medium sized barrel which works best for medium to long hair, we have the 1.5 inch barrel which gives you the freedom to decide whether you want looser, tighter or even bigger beachy waves. This works best on longer and thicker hair as well because it can give you that drool worthy volumized beach wave look that you only see in the magazines. This barrel also is versatile enough to grant you that edge to make the kind of curls you want, whether they are bigger or more spiral in nature. It is definitely harder to use this one smaller hair though.

Now for shorter hair, we have the 1 inch to a quarter of an inch tapered barrel curling irons which as the size suggests are way too short for longer hair but absolutely perfect for medium to short hair styles. Why should longer hair have all the fun? The tapered design is there to ensure that the hair is sectioned off nice but doesn’t get too tight that you actually lose the appeal of wind-blown beach waves. You want a more natural look instead of a curled one.

Now, this barrel is our favourite in the sense that it is perfect for both hair types whether longer or shorter. The wider barrel ensures that the user can make those really loose curls without losing the definition as beach waves have to be slightly brushed out afterwards. The wider the barrel, the wider the curl and the mosre leeway you have when you brush them out later.